Introduction to Thai Clear Soups – The complexity of simplicity

The popularity of clear soups is gradually being eroded. Conversely, the most notable characteristics of fine clear soups – their simplicity, clarity and intense flavor – tend to paint them as boring in contrast to the thick, colorful and rich alternatives modern Thai cuisine knows to offer. Moreover, the name in Thai (gaaeng jeuut or dtohm jeuut) (ต้มจืด แกงจืด), translated into ‘mildly seasoned soup’, also can be read out of context as ‘uninteresting, tasteless and bland’.

As someone passionate about the history of Thai cuisine and concerned about its future, I would like Thai clear soups to gain the same level of respect and recognition as other Asian soups – the Japanese dashi, for example. I hope that this installment and the recipes presented here will help restore some of the clear soup’s glory. Ironically, clear soup is the focus of the Thai idiom indicating that “you never know what you’ve got till it’s gone” (แกงจืดจึงรู้คุณเกลือ) (gaaeng jeuut jeung ruu khoon gleuua) – loosely translated as “one needs clear soup to appreciate the importance of salt….” 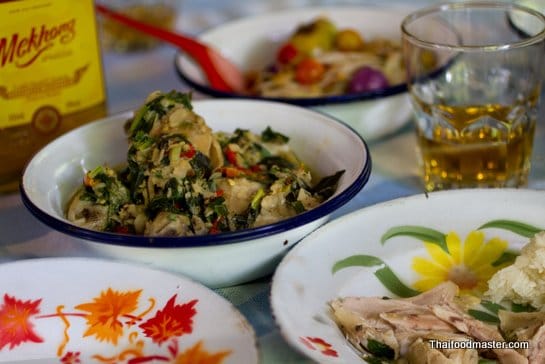