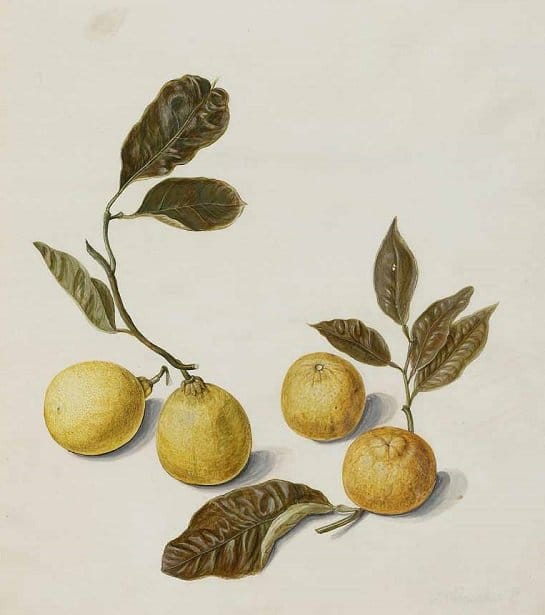 som saa (ส้มซ่า, bitter orange or marmalade orange; scientific name: citrus × aurantium), this citrus fruit of Indian origin is in season from the beginning of the rainy months until winter. It is used as a flavoring agent or an herbal medicine that acts as a stimulant and an appetite enhancer.

Som saa’s juice, its essential oils and its rich unripe green peel were common ingredients in both the savory dishes and desserts in the culinary repertoire of Siamese society’s elite in the early- to mid-1900’s. It is used in recipes such as yam phiu sohm saa (ยำผิวส้มซ่า), phat mee kraawp (ผัดหมี่กรอบ), massaman curry (แกงมัสมั่น), sai graawk bplaa naaem (ไส้กรอกปลาแนม) and gaaeng jee juaan (แกงจีจ๋วน), just to name a few….